Six Things Women in Tech are Tired of Hearing 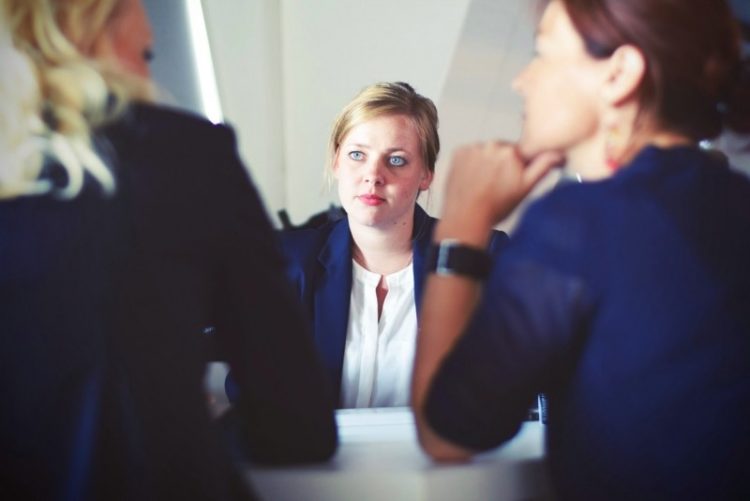 Once upon a time, the majority of tech workers were women. But starting in the 1980s, the fields of computing and engineering became male-dominated, and female workers turned into something of a rarity. Today, efforts to teach STEM education in school and all-girl coding camps are beginning to turn the tide, but women working in technology are still treated as unicorns—and not necessarily in a good way.

As a result of this disparity, women in tech field a lot of odd and occasionally insulting statements about their occupation—statements from which their male coworkers are magically exempt. It’s an alienating rite of passage that makes women think twice about pursuing a career in technology.

As a woman working in technology myself, I initially thought of these comments as harmless. I even felt a little special, getting questions that my all-male team didn’t. But as I began to hear the same remarks over and over, I wondered if perhaps they were microaggressions designed to make me feel small. It’s always better to suspect ignorance over malice, but I’m coming right out and saying it: these are not acceptable things to say to women working in tech. Here are six of the things women in engineering, computing, and IT are sick of hearing.

6 Things Not to Say to Women in Tech

“Excuse me, could you direct me to a developer?”

When I worked in an office as a web developer, I sat in a cubicle just like the rest of my team. But for some reason, passersby would regularly stop by my cubicle specifically and ask me where they could find the web development department.

If I could go back, I wouldn’t be so smiley about it. This question was clearly directed at me because, as people apologetically admitted more than once, they assumed I was the secretary. However, I think it’d be a far more appropriate mistake to accidentally assume that the woman working in the web department is a web developer. Worst case scenario: she’s a secretary who got lost and stumbled into a web developer’s cubicle for some reason. Best case scenario: you don’t insult her.

“You’re really cute for an engineer.”

I’d be rich if I had a nickel every time I saw this one in internet comments. Even if it’s a technology tutorial written by a woman, if her profile photo is there, commenters know what needs to be done: this woman’s appearance must be judged! And if she is deemed worthy, she’ll get comments like this that have nothing at all to do with the tech topic at hand.

And this is just one scenario. Heaven help a woman in tech whom men decide is unattractive. Either way, as long as she has a physical body, she is most likely going to hear about it in a number of inappropriate settings completely unrelated to her expertise.

“You’re amazing at this for a woman.”

It’s stunning how many people think this is a nice thing to say, even though adding “for a woman” to any compliment pretty much negates it.

An even more subtle version of this backhand compliment occurs when women in tech are praised for basic tasks. I once got told “good girl” for remembering to back up data before making changes to the server. If it’s something you’d expect a man to do easily, applauding a woman when she does the same thing can be insulting.

“I bet you’d rather be home with your family.”

When a man works full time, nobody sits around wondering how he does it all, juggling his work life, family life, and children if he has them. They assume his wife or partner does all that.

With a woman, it’s the exact opposite. Any time she spends at the workplace is assumed to be at the expense of caring for her partner and kids. Never mind that her spouse might be the primary caregiver, or she might not have or want children. The perception is so pervasive that experts warn women not to wear engagement rings to interviews if they want the job.

This is a comment that women in fields other than tech can relate to as well! But when you’re the only woman on the team, this kind of statement feels a lot more personal.

“That happens to men too.”

When women in tech gripe about their struggles, well-meaning men sometimes pop up to point out that their issues aren’t unique. Men can also have bad bosses and get harassed at work. Men can be underestimated and belittled in their jobs, too.

However, study after study shows that women in tech are treated not only differently from their male coworkers, but worse. These subtle changes in treatment may be invisible to all but the women who experience them, but they have a big impact—women in tech are less likely to get hired, to get raises, and to be promoted.

If nothing else, men have the advantage of role models and mentors who look just like them. They may even have similar hobbies outside of work that women don’t often share. This is why mentorship is championed for girls and women in tech, because seeing somebody who looks like you succeeding can go a long way toward inspiring the same confidence in you.

“Sexism used to be a problem in tech, but it’s better now.”

Yes, gender equality has come a long way, but the fight is not over yet. Some people think that since women no longer have to endure the overt sexism of the ‘80s in which even a Human Resources Department couldn’t help you, they shouldn’t complain about little things like the wage gap or being tacitly assumed dumber than their male colleagues.

Yet even today, being a woman in tech is considered such a detriment that one expert suggested women go by only their initials, so they’ll get a fair shot from employers. The numbers seem to support this discrimination: as of 2013, only 6% of tech executives are female. Part of this divide comes from the fact that too few girls consider technology as a potential career, because they don’t see women working in the industry. And the cycle continues.

Sexism is still a problem in technology and admitting it is the first step. Because the words people say have meaning — and women can hear them.