Are Women Better Coders Than Men? (And Why Are We Even Asking That Question?) 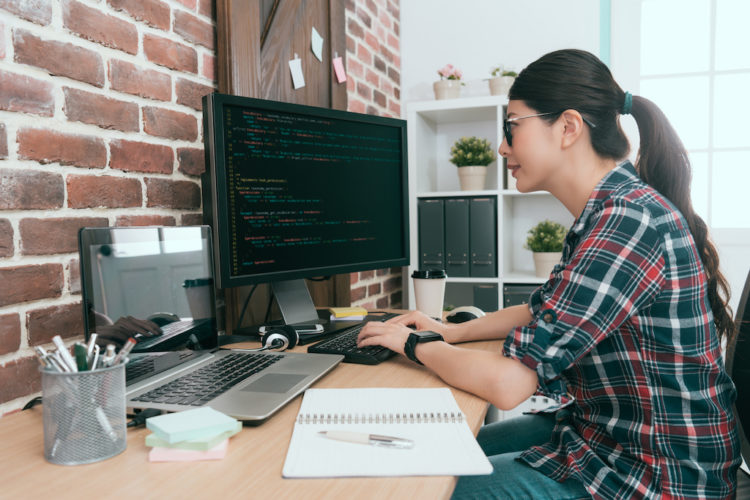 Are women better coders than men? When a study of 1.4 million GitHub users said yes, it made headlines across the web. The story was so popular that if you’ve Googled anything about women and code in the past month and a half, it probably filled up the entire first page of search results. “Female coders are rated more highly than men — except when people know they’re women,” crowed Quartz. “Female Coders are ‘More Competent than Males,’” claimed MIT Technology Review.

The study showed that, overall, code written by women on GitHub was accepted 78.6 percent of the time — 4 percent more often than code written by men. More strikingly, that effect only held as long as the coder’s gender identity was kept secret; when female coders did identify their gender, acceptance rates plummeted 16 percent. It’s a depressing result, but it sounds completely reasonable, given all we’ve heard of the incredible gender biases facing women in technology.

But dig deeper, and there are some inconsistencies here. The study hasn’t actually been published in a peer-reviewed journal (yet), which means the results haven’t been vetted by other scientists. The six co-authors on the paper also aren’t professors or grad students — they’re undergrads. They’re very smart undergrads, clearly, who’ve conducted a really interesting study — but it’s still kind of weird that their paper is getting this much attention when it hasn’t even been published yet.

So why did the tech press jump on it so quickly?

If the GitHub study doesn’t actually prove conclusively that women are better coders than men, it definitely does show that there’s an immense hunger for positive narratives around women in tech. The internet is overflowing with stories about how often women suffer discrimination — and very few about how they are naturally suited to their work in the field. The perception remains that women in tech are the exception, not the rule, no matter how many #ILookLikeAnEngineer selfies they post.

And yet computer programming, as it was originally envisioned, was largely considered women’s work. The six programmers who worked on ENIAC, the world’s first modern computer, were all women. So was computer science pioneer Grace Murray Hopper, who invented what would become the programming language COBOL. Of course, that situation wasn’t devoid of sexism either. (Murray herself once told a reporter that women were “naturals” at computer programming because it was “just like planning a dinner — you have to plan ahead and schedule everything when you need it.”) But it still proves that the stereotype of the lone male coder is a relatively recent invention.

If women are naturally good at coding, we shouldn’t need a study to tell us so. We do, however, need to get more positive narratives about female coders out there. Not just profiles of individual female coders (though those are compelling too!) but broader stories about how coding while female is a strength, not a weakness. After all, women are supposedly “natural communicators” — and what is code but a form of communication? If we can get the broader culture to recognize this, tech journalists won’t have to go searching for positive stories about women in tech: they’ll be surrounded by them.