This won’t come as much of a surprise to DreamHost users, but eCommerce sales are on the rise. (Hey, that’s why you have a website, isn’t it?). DreamHost recently polled their customers to ask about the eCommerce activities taking place on their sites, and the data was interesting to say the least. 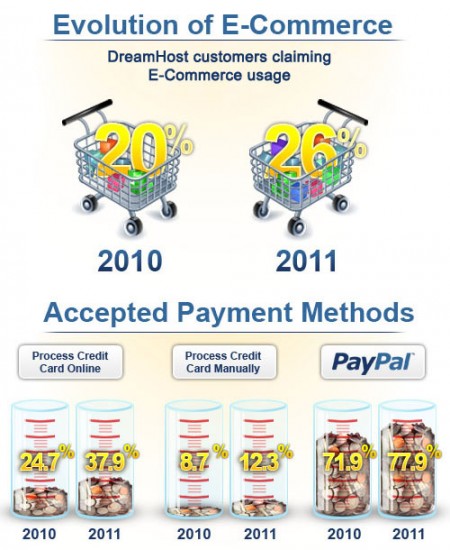 Some other interesting results from DreamHost’s survey:

What Do You Sell Online?

Of those with eCommerce systems, 74.2% are selling physical goods like clothing, art, and cars. Digital goods (like music, ebooks, and video) are offered by 36.2% of websites. Services are being sold by 37.1% of websites.

Sell anything, anywhere, anytime on the world's biggest eCommerce platform. 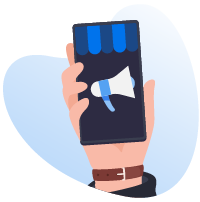 The 3 Biggest Complaints About eCommerce Software

While many eCommerce solutions will work on DreamHost accounts, DreamHost has partnered with CafeCommerce to offer an exclusive eCommerce software offering.