9 Black Innovators Who Made a Huge Impact in Tech 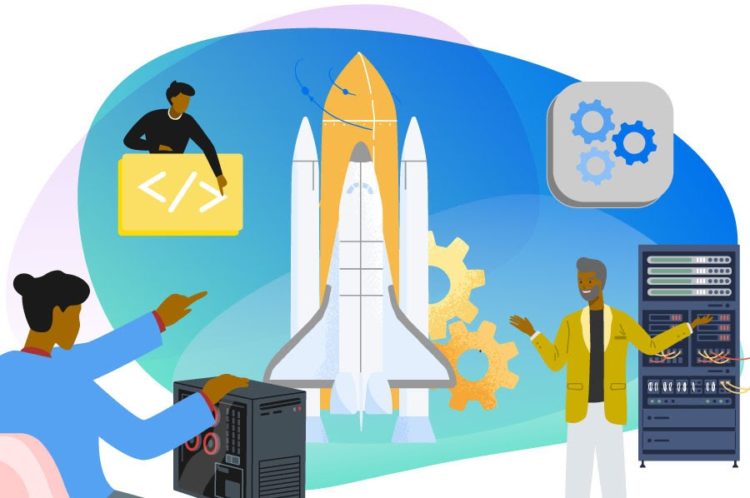 We regularly hear about gender gaps in business and the tech industry, in particular.

Although progress has been made, we’ve got a long way to go. According to data from 2017, approximately 24% of technology positions were occupied by women. That equates to the industry being male-dominated at a ratio of 3-to-1.

But something that tends to get less attention is the tech industry’s racial inequality. Many companies claim to be inclusive.

But the numbers often tell a different story.

As reported in The Guardian, in 2017, just 2% of Google’s workforce were African American. In the same year, African Americans made up just 7.4% of what can be described as part of “high-tech employment” across the nation (with much of that employment being confined to Washington DC). This is just half of African Americans’ overall representation in the U.S. workforce, which, in 2017, sat at 14.4%.

Sadly more recent stats signal that little, if any, improvement has been made since.

A 2020 report in Techonomy stated that between 16–19% of computer science degree graduates are Black or Hispanic. Despite this, they make up just 3% of the tech industry.

Many studies have looked into this discrepancy within industries and their biases. The prejudices and barriers are plentiful and certainly something our industries need to work harder to root out.

So to celebrate Black History Month, we’re shining a spotlight on just a few of the incredible Black inventors, Black entrepreneurs, and Black founders who’ve transformed the tech industry. 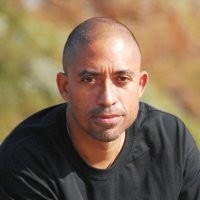 We have a lot to thank Alan Emtage for. His talent and work played a significant role in transforming our everyday lives and, more specifically, how we find and consume information.

Without him, we may not have had Google or any other programs people use to search the web.

So what’s his story?

As a graduate student and systems administrator at McGill University in Montreal, Canada, Emtage created and implemented the Archie search engine — a program that automated the (previously) time-consuming process of finding specific pieces of software. In other words, the world’s first search engine.

Unfortunately for Emtage, he failed to patent his invention (though how was he to know a system for streamlining locating University software would pave the way for one of the world’s most profitable companies?).

He’s since made many other valuable contributions to the tech industry and today works as the chief technical officer at Mediapolis, an NYC-based tech company.

Born in Memphis, Tennessee, Kimberly Bryant is an electrical engineer whose early career included work with biotechnology company Genentech, and Pfizer, a company you may not have known about until recently. You likely regularly hear about Pfizer now because it is behind the development of one of the few widely-approved COVID-19 vaccines.

But none of that is what really put Bryant on the map.

What we really should be talking about is this: One summer, Bryant’s daughter (a keen gamer) attended a computing camp. It turned out to be a memorable couple of months — but for all the wrong reasons.

The boys at the camp were given far more attention from counselors than the (minority of) girls.

This, understandably, struck a chord with Bryant. As a result, she founded Black Girls Code, a charity aimed specifically at empowering young girls of color and providing them with the exposure, skills, and confidence to enter historically white, male-dominated STEM fields.

Within just two years, from its conception in 2011 to 2013, the not-for-profit organization had grown to comprise seven institutions in the US, and a further institution in Johannesburg, South Africa. At the time, it had around 2,000 students.

Today, BGC aims “to grow to train 1 million girls by 2050 and become the ‘girl scouts’ of technology.” 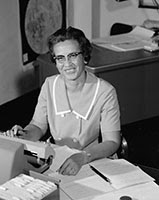 As well as her incredible mind, one of the reasons why the late Katherine Johnson (she sadly died in February 2020) was so significant was the time-period in which she made her mark.

In 1962, when women in the workplace were still largely outliers — let alone women of color — Johnson played a pivotal, if not leading, role in the safety of astronaut John Glenn and NASA’s mission to orbit the globe.

In a manner that we assume was a subtle dig at her colleagues — rather than a sexist remark about Johnson — Glenn, distrusting of the systems designed to guide his mission, asked his engineers to “get the girl.” He stated that if she said the equations were good, then “they’re good.”

Of course, they were good, and Glenn safely orbited the earth. 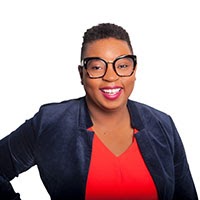 As a current business and tech influencer, Felicia Hatcher sticks out thanks to her commitment to showing young people that you don’t have to be a straight-A student with a wealthy family to make it big.

You can come from a poor background. You can have been born to parents that didn’t care whether you survived or thrived. And those average or even poor grades? They don’t have to be a barrier to becoming a success later in life.

As well as being an award-winning tech author, speaker, and entrepreneur, Hatcher places extra emphasis on encouraging diversity and inclusivity throughout companies and, by extension, communities.

Related: What it’s Like to Be a Black Woman in Tech — Q&A with Kaya Thomas 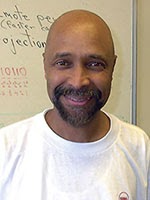 From humble beginnings, Clarence Ellis’ first introduction to computer technology (as reported, at least) occurred when he took a job as a graveyard shift computer operator at the age of 15. He needed money to help his family, and the only reason he got the job was because he was the sole applicant. He was also banned from touching any of the equipment.

This didn’t stop him from finding a way to capitalize on the role, however.

He used his spare time to repeatedly read the manuals for the computer he was prohibited from touching, and soon after, when an emergency occurred, it was Ellis that came to the rescue.

Needless to say, this kickstarted his career in computing.

Other notable moments in his career include his role as director of the Collaboration Technology Research Group and pioneering Operational Transformation, a “set of techniques that enables real-time collaborative editing of documents.” Or in other words, the technology that paved the way for the development of Google Docs (yes, there might be a trend here!). 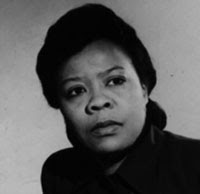 Originally a nurse, Brown went on (in collaboration with her husband) to invent another piece of technology many of us deem essential today: the home security system.

As a nurse, Brown worked irregular hours. She was also living in Queens, New York, which at the time (the 1960s) suffered from an incredibly high crime rate. If that wasn’t enough, the NYPD was notoriously slow at responding to reports of crime.

So Brown took matters into her own hands.

The first step to safety was knowing who was on the other side of the door. So she began by creating peepholes — three holes, at three heights, so her children could use them too.

Next, she set up an adjustable camera that could be used to view the other side of the door, through the peepholes. This was hooked up to every television in the home via a radio-controlled wireless system.

Then, she and her husband created a microphone system that would enable them to communicate with whoever was on the other side of the door.

Lastly, knowing the typical delay in the emergency services’ response times, she designed a system that would alert them of an intrusion via the touch of a button.

This incredible innovator, and her other half, are who you have to thank for the home security systems you benefit from today. 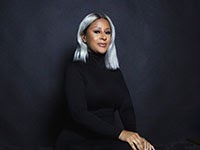 So how did she become so well-known within the tech world?

Benton has two major accomplishments under her belt that highlight why she’s so well respected for enabling diversity in tech: Black Web 2.0 and NewMe accelerator. But it’s the first for which she gained most of her notoriety.

Black Web 2.0 was a website launched in 2007 that quickly gained popularity within the Black tech community. It served as a place for marginalized Black professionals to gain a voice in the tech sector.

While serving as the site’s editor and main contributor, Benton forged the path to discuss key topics such as the intersection of Technology and Black culture. Arguably it was the first time there had been a platform that discussed these issues so publicly.

Frank Greene was an American scientist and venture capitalist born in Washington, D.C. in 1938.

Like Benton, Greene was celebrated for boosting the representation of African-Americans within the technology sector.

He was behind two giants of the American technology sector: the Technology Development Corporation (most famous for working on the space shuttle program) and ZeroOne Systems (a supercomputing systems house).

But neither of these are his most noteworthy accomplishments. That designation would go to Greene’s scholarship program.

Launched in honor of his wife, Phyllis, who was a longtime supporter of the National Association for the Advancement of Colored People (NAACP), the Dr. Frank S. Greene Scholars Program helps youth of African ancestry in the San Francisco Bay Area successfully complete higher education in STEM fields and serve as positive role models in their communities.

Frank Greene also was the founder of New Vista Capital, a venture capital firm that aimed to help under-represented groups and communities gather funding for startups and emerging businesses.

His relentless commitment to this cause resulted in his induction into the Silicon Valley Engineering Hall of Fame. Greene’s name is recognized as one of the Most Important African-Americans In Technology by Palo Alto City Hall.

Herman Kojo Chinery-Hesse was born in Dublin, Ireland, in 1963. Today he is known as the Bill Gates of Africa.

But how did the non-official title come to pass?

In 1991, Chinery-Hesse set up one of the most recognizable leading software houses in Africa, SOFTtribe Ltd. In the years since, they’ve been the brains behind many important products, bringing them directly to the African market.

Some of their groundbreaking products include:

It’s these technological advancements that resulted in Chinery-Hesse being named one of the 100 most influential Africans of our time, while his work on SOFTtech won him the Ghana Millenium Excellence Award for IT.

These numerous accolades helped him gain the enviable title of Commonwealth Chair for Business and Technology Initiatives for Africa in 2019.

Of course, this is only a small selection of Black innovators who have made a significant contribution to the tech industry.

Not only have these tech superstars changed the way we use technology today, but they’ve helped increase diversity and inclusivity within the tech industry, paving the way for the next generation of Black innovators.