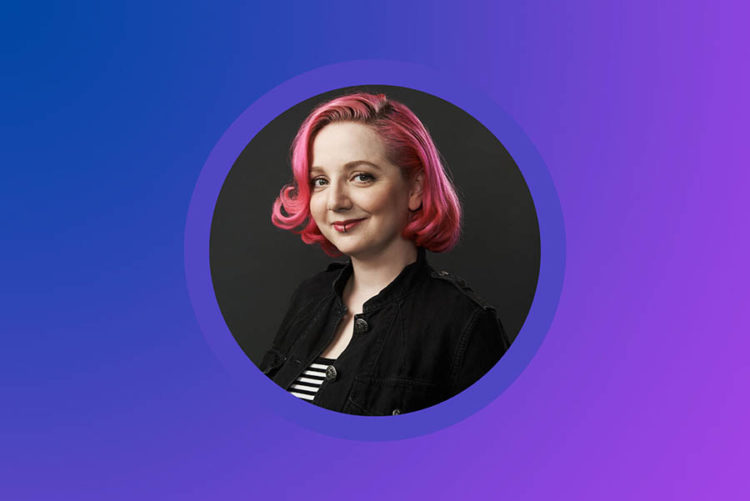 The first female engineer to ever grace the cover of Wired magazine, Limor Fried catapulted onto the tech and DIY scene in 2005 when she founded Adafruit, an open-source hardware company. A maverick with an unconventional management style and a bright pink coif, Fried has made it her mission to educate others — especially young people and women — about the endless possibilities of DIY electronics. She has also become a role model for female entrepreneurs looking to smash through the tech world’s glass ceiling.

When Fried, also known by her online nickname “Ladyada,” founded Adafruit, she was still a graduate student at MIT. The name of the company came out of her online moniker and is also a tribute to Ada Lovelace, the 19th-century female mathematician who is considered the world’s first computer programmer. Today, the company employs over 100 people and boasts annual revenues of around $45 million.

How did she do it? For one, over the course of her 10-year career, Fried has never taken outside funding; she owns all of Adafruit herself. That independence has helped Fried keep the company’s mission rooted in empowerment and education more than in turning large profits. “We didn’t create the community and open-source hardware to make money,” Fried said in that Wired cover story in 2011. “We do video shows and tutorials and teach people, and then there’s a gift shop at the end.”

Those shows and tutorials take many forms, but all showcase cool ways to use Adafruit products. Adafruit hosts a weekly “show and tell” via Google Hangouts, where makers can show off electronics DIYs from cosplay costumes to simple robots and toys, giving fans the chance to share their creations with the whole Adafruit community. The company’s YouTube channel is home to popular weekly shows like Collin’s Lab, in which Adafruit engineer Collin Cunningham explains technologies like the Arduino and the oscilloscope. For young kids, there is Circuit Playground, another YouTube show starring the company mascot, Adabot, and Fried herself teaching computer-generated robot engineering basics.

But what about women who aren’t interested in building circuits, but their own companies? Surprisingly, Fried’s advice to them doesn’t have much to do with engineering or code. “Publish. Every single day,” she told The Blueprint in 2014. “Write a blog post, make a short video, tweet, take a photo of what you’re working on or making — share your insights and tell your story every day.”

The advice makes sense when you consider that Adafruit itself started as a kind of blog post. As a procrastinating grad student, Fried posted plans for an open-source MP3 player and other electronic projects on her MIT webpage. The plans became so popular, she started making kits and selling them. “I added a Paypal button, and that’s how Adafruit got started,” she told Blueprint.

Many startups struggle to maintain their culture after they scale up. Fried has found a unique solution to the issue: she lives in the same 25,000-square-foot New York City warehouse that houses Adafruit’s offices. Fried contends that proximity to her business is paramount to its success. As she explained in a Q&A with Lifehacker in 2012, “Commuting can take days and weeks away from productive time or rest time. I happen to live and work in the same place, but if that ever changes, I’ll always be walking distance away.”

Having a CEO who literally lives at the office isn’t just efficient — it gives the whole company a family atmosphere. Building community, whether among employees or users, has always been a priority at Adafruit. “When you take good care of the people around you, it permeates in all you do and people notice,” Fried told Entrepreneur last fall. “What you give is what you get back.” That community spirit jibes perfectly with the hands-on nature of the DIY movement, and is key to Adafruit’s lasting success.

So what’s ahead for Limor Fried? Right now, she seems particularly excited about wearables — specifically, how accessible they are to tech newbies. “More people in the world can sew and do crafts than electronics,” she told Embedded Computing Design magazine in 2014. Today Adafruit offers two wearable platforms FLORA and GEMMA, and features interesting applications for both in a blog series, #WearableWednesday. But who knows what else Fried has in store? The world will just have to wait and see.