Wrapping Up the Reach Out & Touch You Tour: ’90s Edition 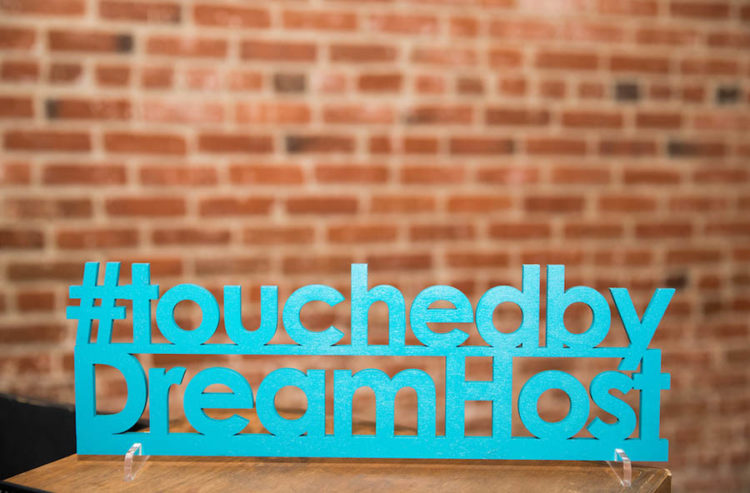 The 2017 Reach Out & Touch You tour is officially over.

For the past several years, our Reach Out & Touch You events have been our way of showing gratitude to the thousands of customers who keep DreamHost thriving every single day. This year was no different . . . except for the fact that we turned 20!

And like any 20-something, we’ll take just about any excuse to throw ourselves a raging party . . . or three. Yep, we threw ourselves three birthday parties this year. Why? Because we’re worth it. And so are you. #TreatYoself

Join us as we look back on our most enjoyable tour thus far. But first, let’s rewind the VHS tape on DreamHost’s history for a little background.

“Now This Is a Story All About How…” 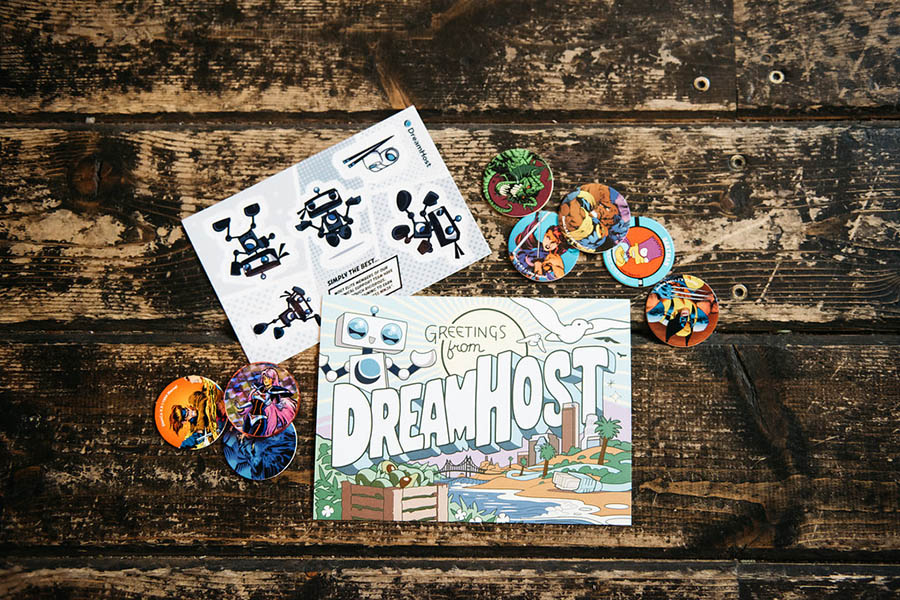 Since DreamHost’s inception in 1997, we’ve made it our mission to help people carve out a place for themselves on the internet (and have some fun at the same time). In doing so, we’ve also found our success. Whether contributing to the Open Web, fighting for the rights of internet users, working to offer more advanced hosting services, or creating a powerful new website builder, we’ve stayed true to our passion for using the ever-changing internet to change the world.

But all of that wouldn’t have been possible without you — the people who’ve chosen to host their websites with us over the last two decades. So we decided to show our appreciation through a series of parties for our customers.

Luckily, throwing parties happens to be one of our favorite things to do. 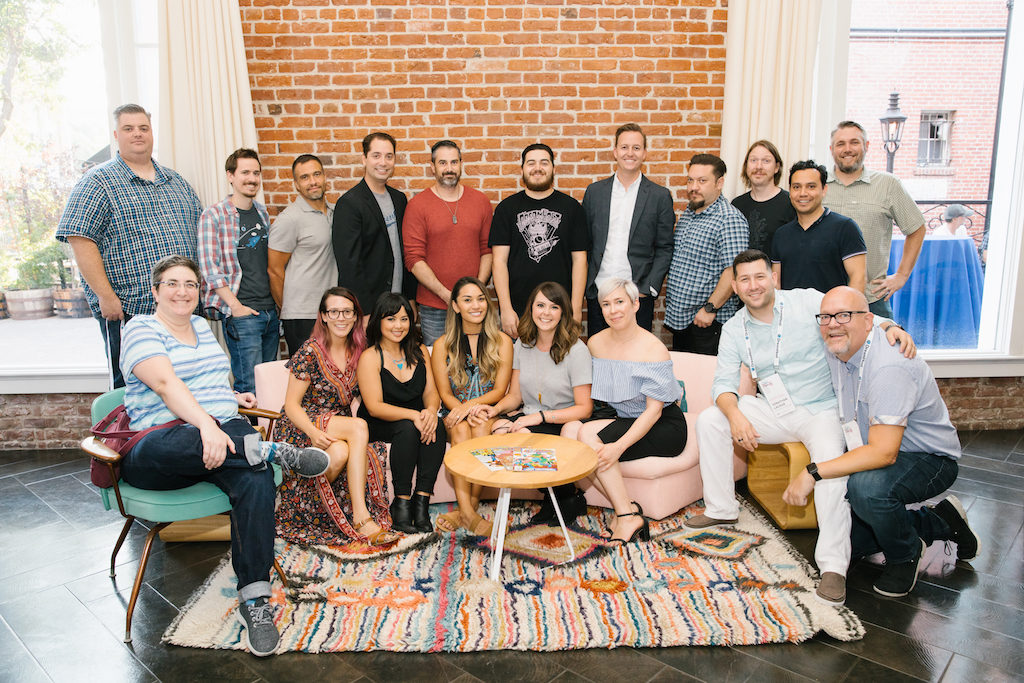 Starting in September (our official birthday month), we toured the West Coast, starting with our home state of California before traveling north to Portland and, finally, Seattle. Each location welcomed us with beautiful weather, rich culture, and an environment that felt like a home away from home, thanks to the amazing people who came to our events.

We decided to go with a ’90s theme for the tour — we were born in 1997 after all! From the advent of Google to the decline of AOL Instant Messenger (R.I.P, buddy), we’ve seen a lot in our time. And despite the natural inclination to cringe, we actually really enjoyed the ’90s. 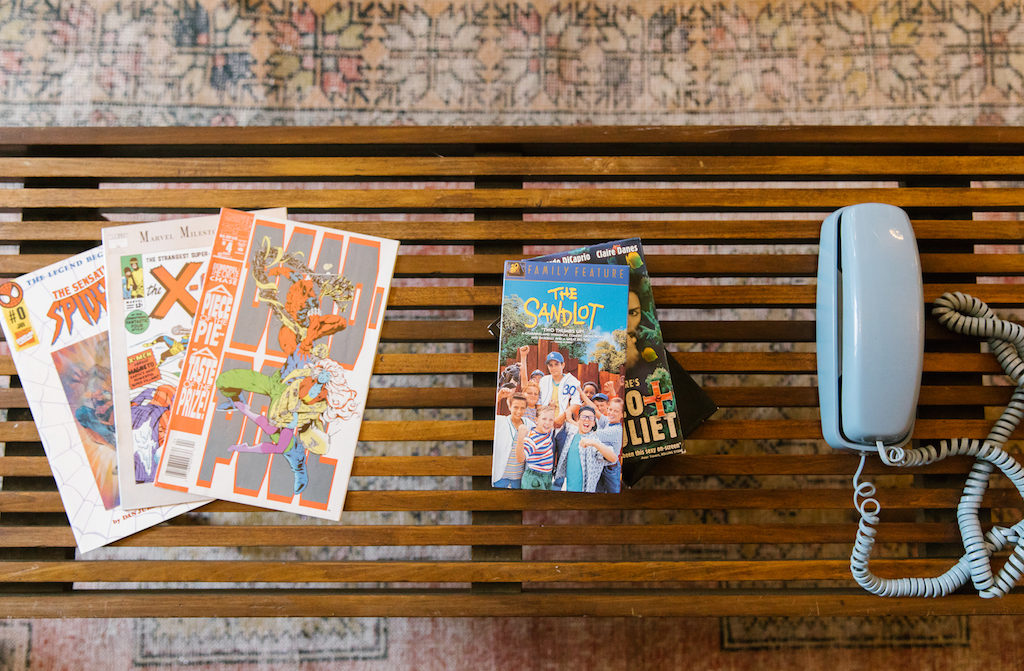 With flashback music filling the room, each venue on the tour was littered with remnants of the past, like VHS tapes and throwback candy. At any given point, you’d find someone munching on Airheads, slamming a pile of Pogs, or even playing a Star Wars edition of Battleship circa 1998. Seriously. 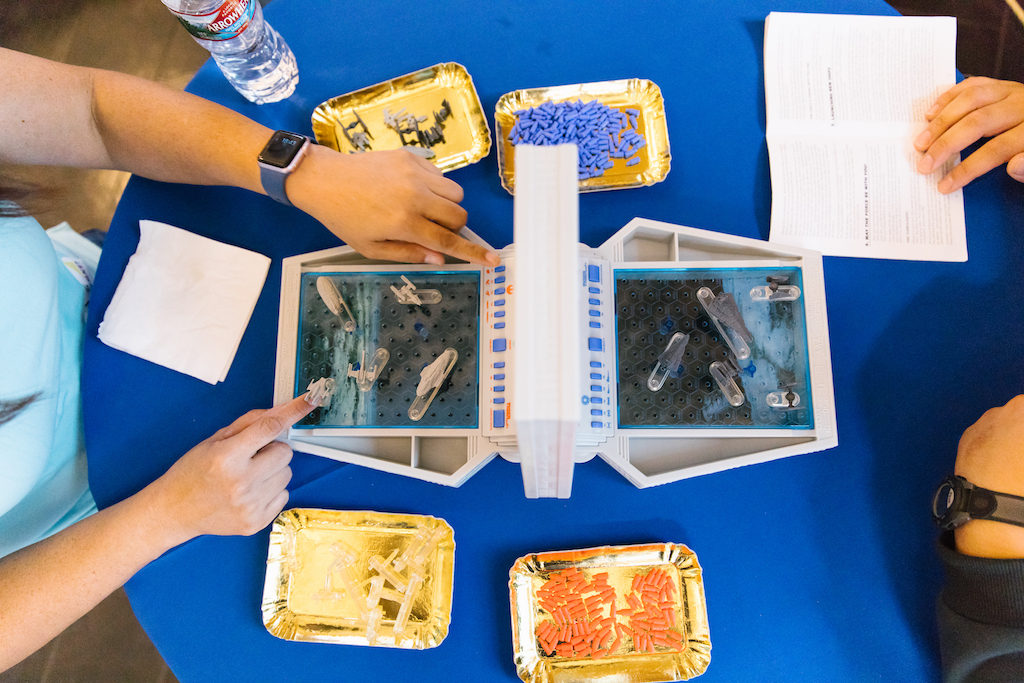 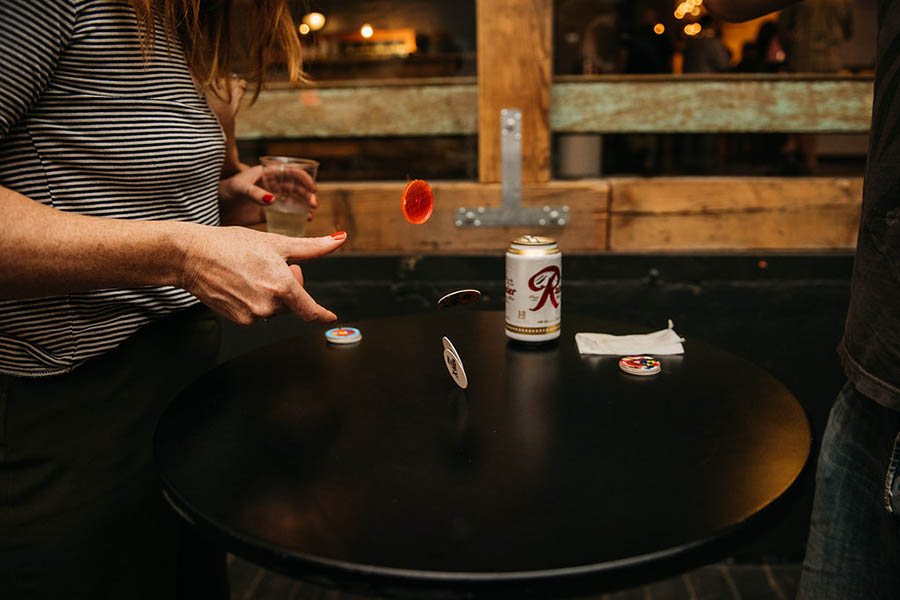 “I had it easy as far as themes go since we were celebrating the anniversary of DreamHost! I wanted to involve more than just late ‘90s aesthetics, though. The beginning of the decade had a happier feel with elements still bleeding in from the late ‘80s. I wanted to take our customers back in time and surround them with familiar toys, games, and even candy. The Pogs were a huge hit!” — Marissa Hanson, Event Marketing Manager

The DreamHost team made its presence known by wearing branded badges with not only their names on them but also their favorite thing[s] about the ’90s — Balki Bartokomous, the Macarena, and bleached tips [cringing], just to name a few. 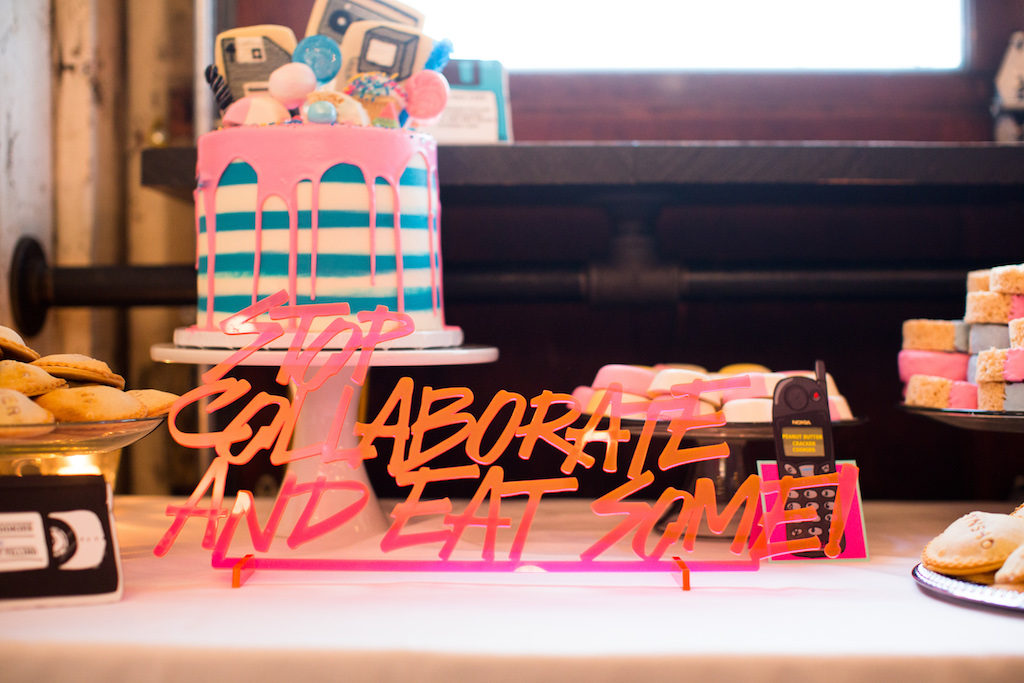 As guests started to trickle into each venue at 6 o’clock on the dot, they were greeted by the mouthwatering scent of savory appetizers and sweets, a fully-stocked open bar, and customized ’90s catchphrase nametags. 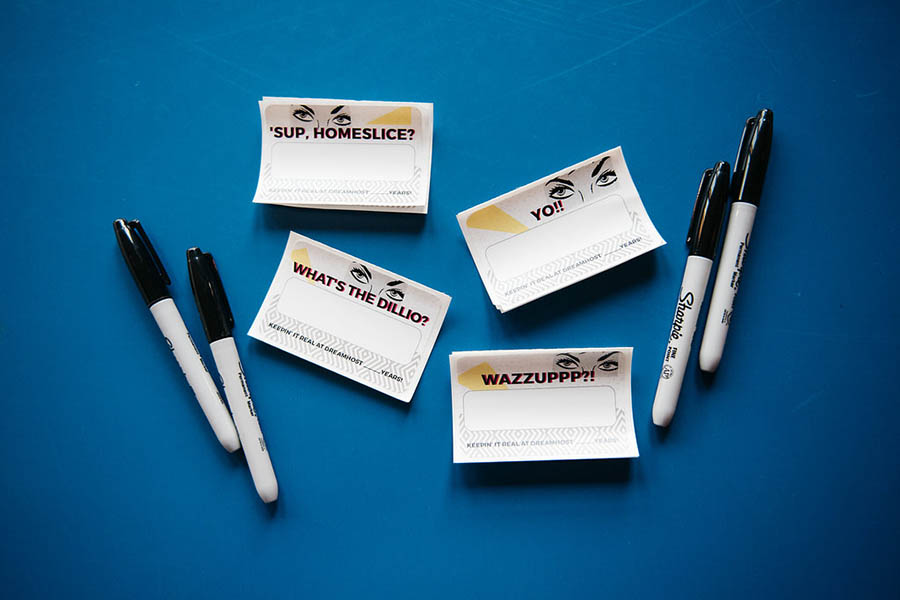 DreamHost employees circulated the room as the night began, offering customers the opportunity to learn a little more about their favorite web host on a more personal basis. Once the event was underway, Brett Dunst (VP of Corporate Communications and everyone’s favorite newsletter writer) loosened up the crowd with an anecdotal history of DreamHost before introducing Jonathan LaCour (SVP, Product and Technology). Jonathan explained how DreamHost’s noble cause guides every decision we make as a company. 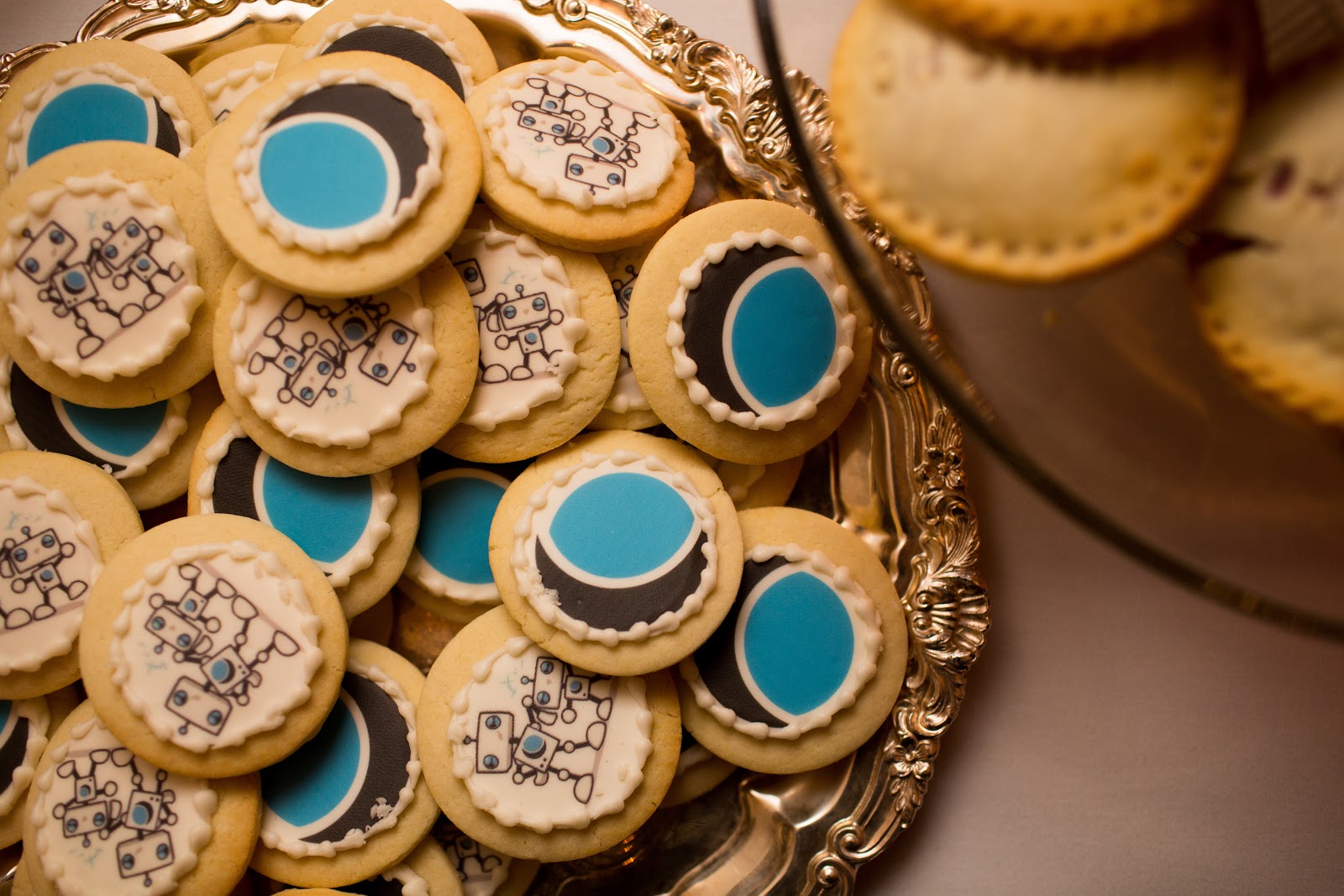 During past tours, after the introductions were done, guests would be free to keep mingling and noshing for the rest of the night. This year, we changed things up a bit. In addition to the usual casual conversations, we set up informal table talks explicitly designed to help attendees get the most out of their DreamHost account. 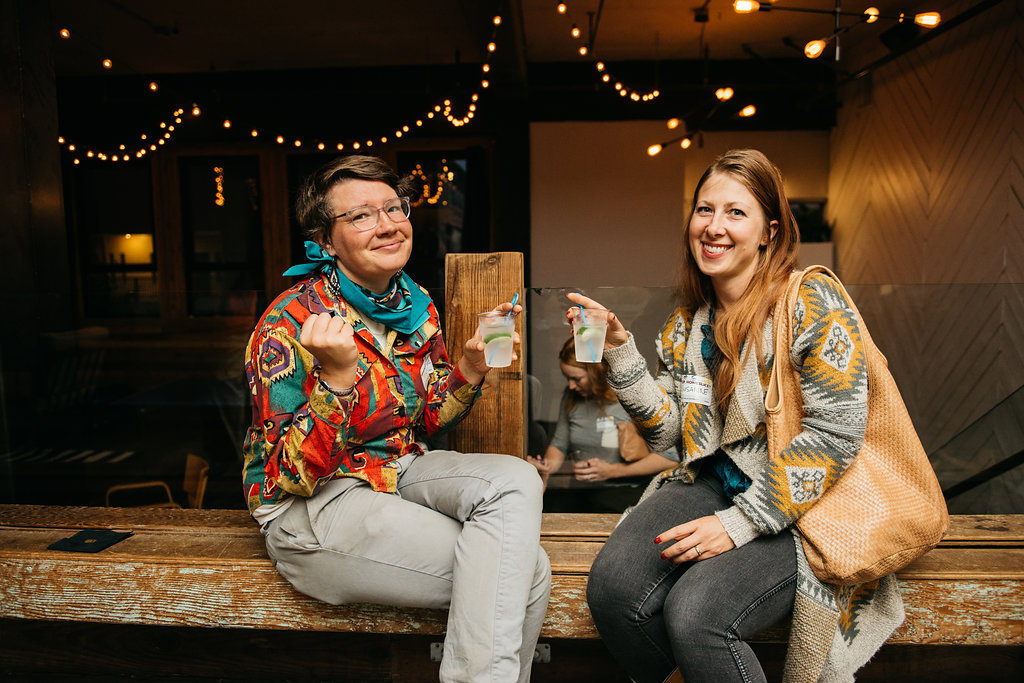 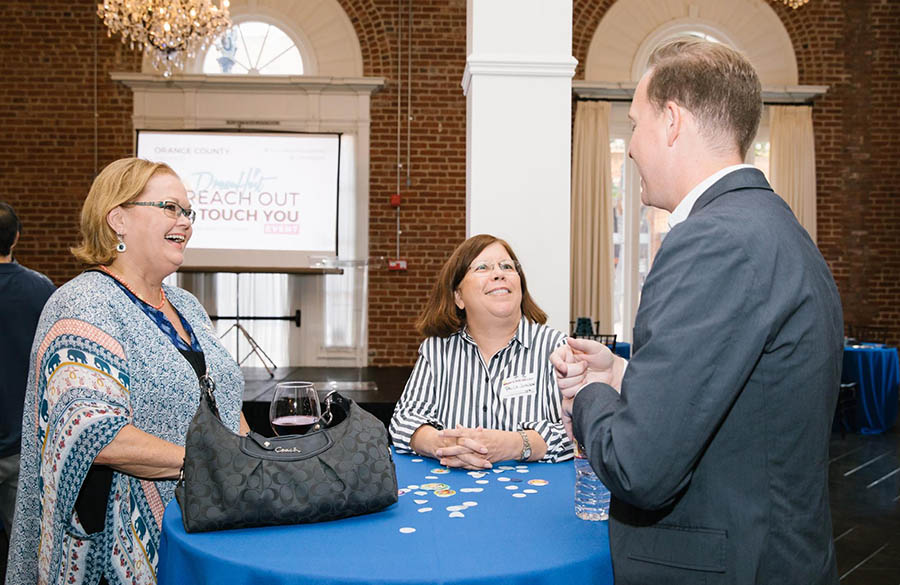 Led by some stellar DreamHosters, the table talks ranged from advice on WordPress plugins to lessons on web design and user experience. Not only that, DreamHost’s VP of Tech Support, Andrea Silas, was on hand to answer questions, along with a group of tech support reps. 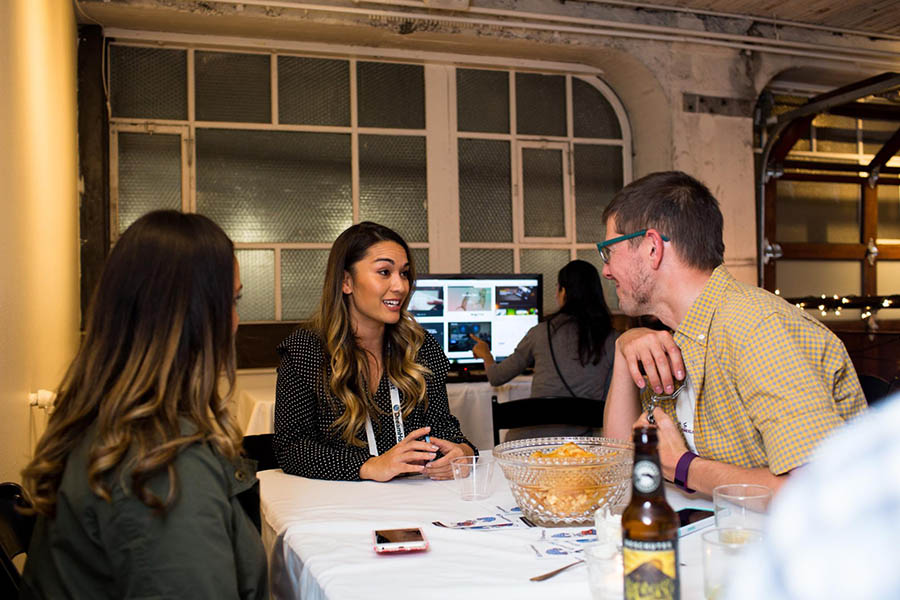 Each night ended with a raffle. Guests had the chance to win limited edition DreamHost swag and a variety of gift cards. 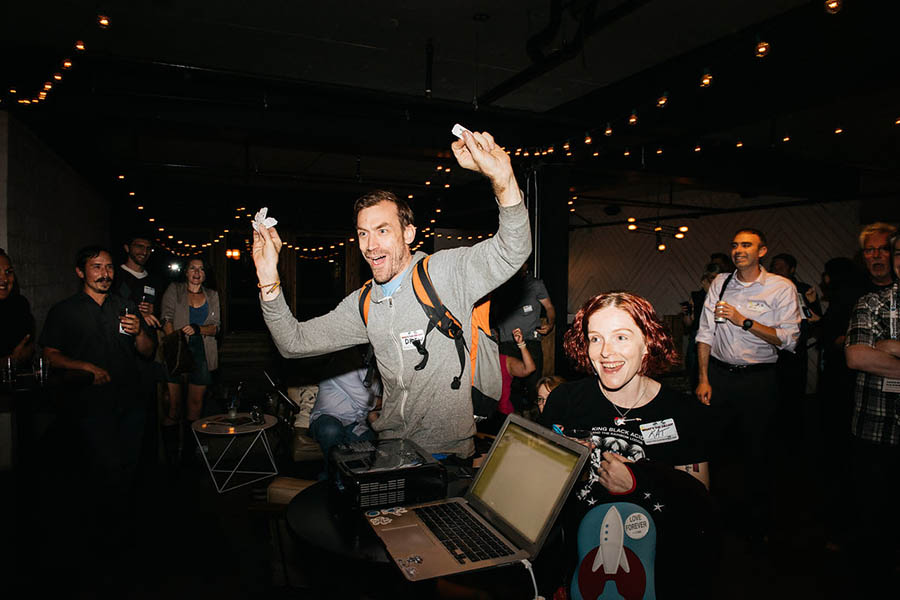 Once last call was announced, the rooms at each venue on our tour started to clear out. As the night drew to a close, business cards were exchanged, smiling faces continued conversations, and laughter accompanied those walking out the door to head home for the night.

We’d like to thank everyone who made it out to each stop on this year’s Reach Out & Touch You tour. It’s customers like you who have kept us going for 20 years, and we wouldn’t have wanted to celebrate our anniversary any other way. Thank you for keeping us in business since 1997. 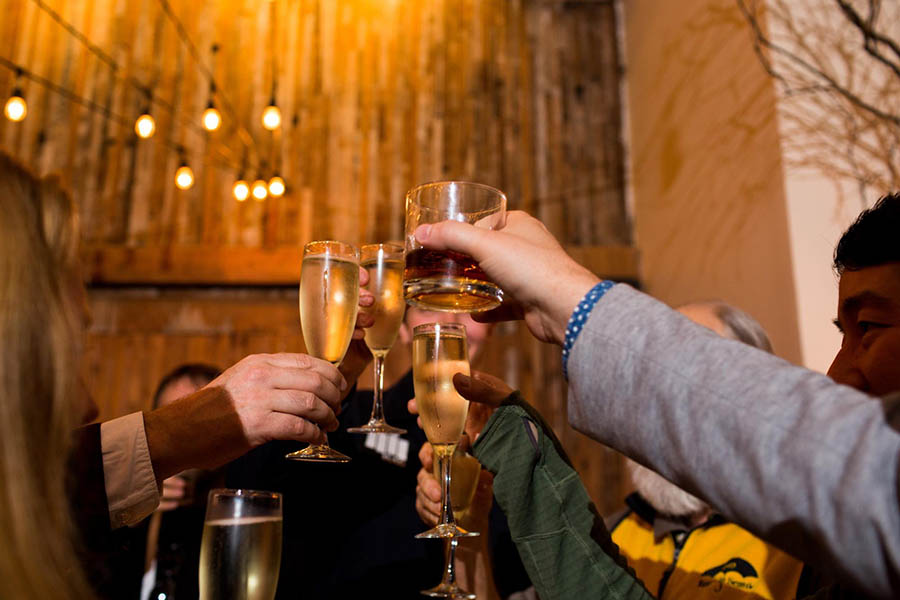 For a complete look at the 2017 Reach Out & Touch You tour, please visit our Flickr page! 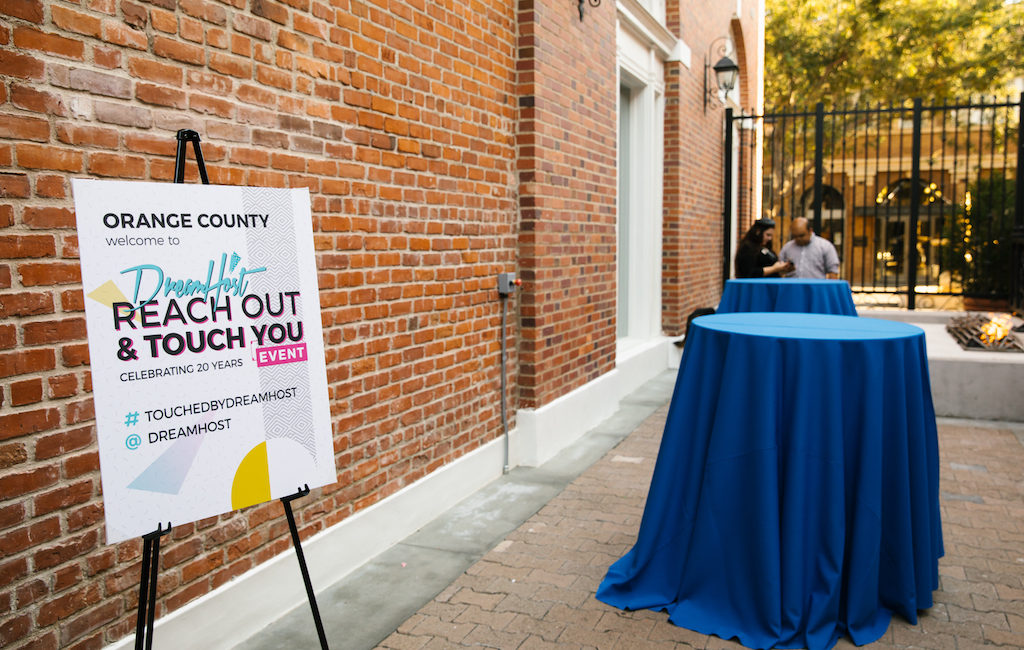 Check out all of the OC photos here! 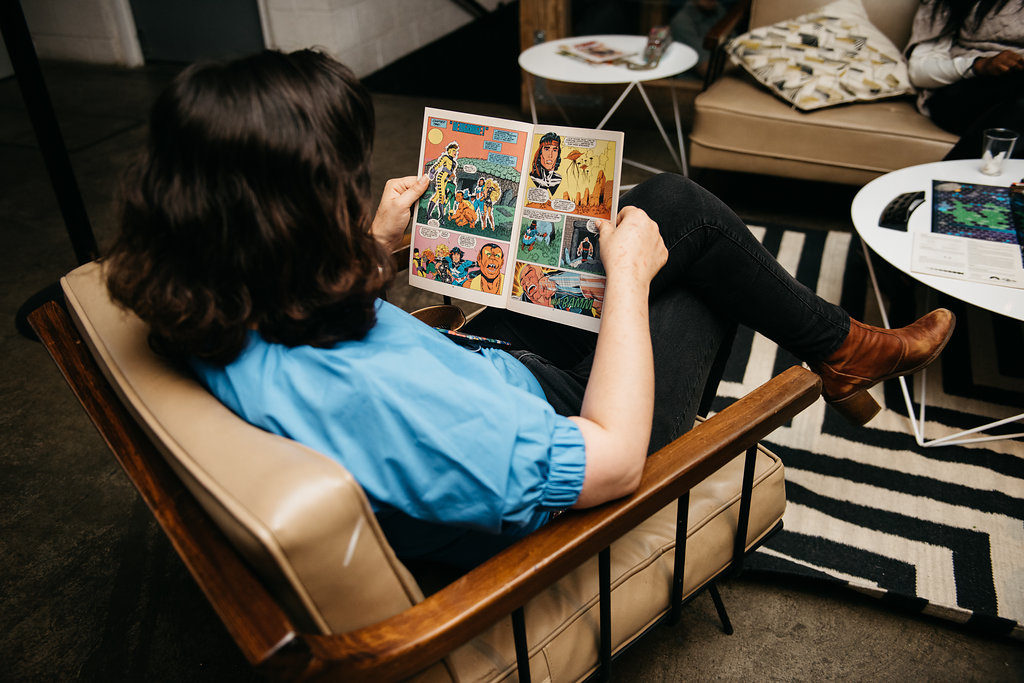 Check out all of the Portland photos here! 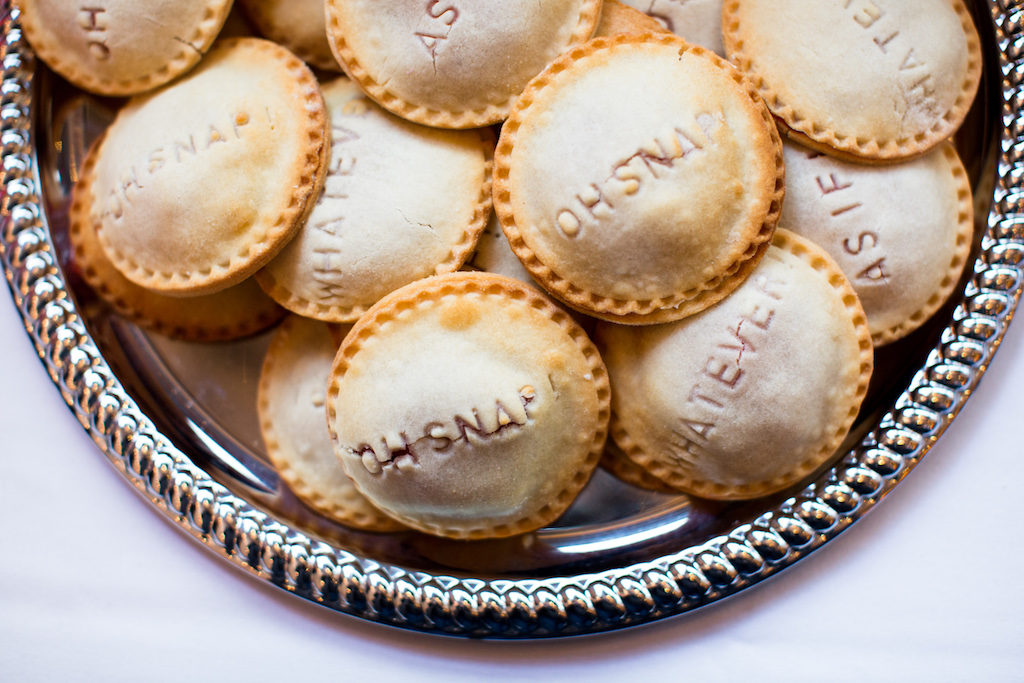 Check out all of the Seattle photos here!

Special thanks to our awesome partners!